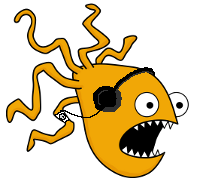 In this episode Simon and Wayne review the film Chronicle and give the first “Spiffing Opinion Piece” on a new phenomenon creeping into cinema screenings.

This episode’s trailer park entries are:

Find us on iTunes.

Or
use our RSS feed.

Remember, we welcome your feedback, any comments or
suggestions for the Trailer Park can be emailed to us at simonandwayne@spiffingreview.com

In this episode of Spiffing Review, we look at the following trailers in the Trailer Park:

Plus we take a look at the Youtube viral ad for Cowboys and Aliens by YouTube star FreddieW in Cowboys and FreddieW (http://youtu.be/71YsRO6G7Ks)

Find us on iTunes.

Or use our RSS feed.

Remember, we welcome your feedback, any comments or suggestions for the Trailer Park can be emailed to us at simonandwayne@spiffingreview.com

Thanks to another spike in viewing figures (nearly 1,000 yesterday alone) we’re up to 5,400 views of Arms Race on YouTube.

This really is going much better than expected and the comments we’re receiving are all very encouraging.

Arms Race is currently 3 views away from reaching 4,000 views on YouTube so whilst waiting I thought I’d put together the various download figures for some of the interent projects I’m involved in, these figures are all up to 30th November 2010.

The Spiffing Review Podcast which I do with Simon Jones has had over 6,000 downloads, which is not bad considering it’s just me and Simon waffling about films we’ve seen.

Still, we must be doing something right if people and listening to and watching what we’re doing!

As part of the quiz night for the premiere of Arms Race we had a guess the movie round.  Here it is reproduced for you to have a crack at . . .

Hurrah!  We’ve now reached 20,000 downloads of Squadron Leader Jack Steel & The Starblade from our website & podcast host – this doesn’t count the when it was broadcast / podcast by the Sonic Society across Canada & the USA!

We’re really please it’s proved so popular, and certainly getting all these downloads makes it all worthwhile.

Thanks for your continued support and check back soon for news about our new podcast series coming next year!

At last, Arms Race is now available in glorious high definition! You have a couple of options…

Download and keep the movie in HD with 5.1 surround sound

It’s now time for the final poster for Arms Race.  It will be getting its premiere this Saturday and will probably be on general release sometime after the weekend! 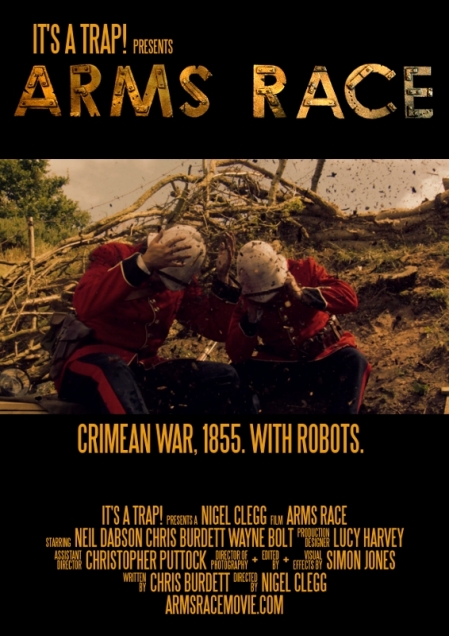 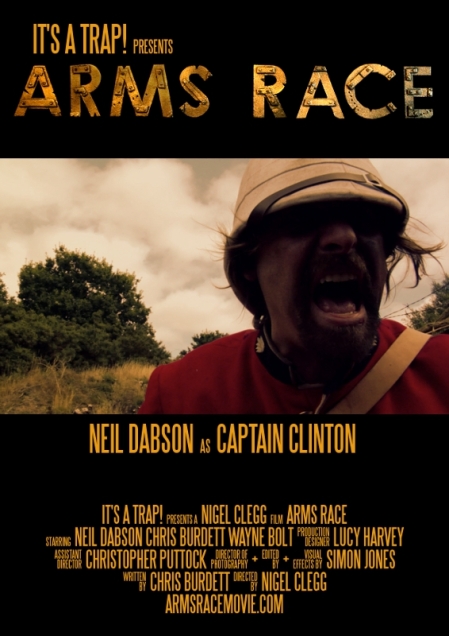 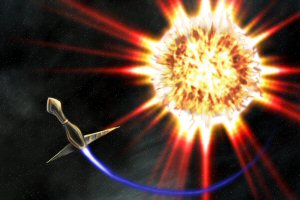 In the airless void around Uranus, Jack and his companions have finally discovered a weapon that might defeat the Qaxorian invaders. But as they prepare for take off it seems that Mordred has intercepted them once more, maybe for the final time.

Yup, it’s finally the last episode of Jack Steel, it’s been a lot of fun and we’re all really pleased with how it’s turned out.
Find out more over at the Jack Steel Website